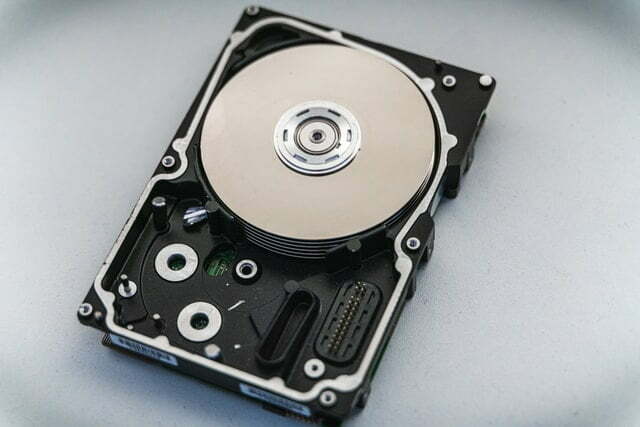 A computer is an electronic device that after receiving the data and information given by the user, processes it according to the instructions given by the user and after processing, the result reaches the user. This is a tool that can be used to do the biggest work in a short time. In this article, we will understand why there is a problem in the hard disk of the system and how to fix the problem of the hard disk.

Today, computers are being used extensively in many areas of life. Large businesses, technical institutes and important establishments are getting the benefit of computer-brain. Now the computers are no longer confined to the air-conditioned rooms of the offices, but they can interact with another computer, located thousands of kilometers away, receive information from it and even send it to them.

Almost everyone must have used the computer. Computers have many advantages and behind all these benefits, many small units work. One such unit is a hard disk, without which there would probably be no computer. Hard disk support is very important in simplifying the use of computers. Today we will give you information about this important unit of computer.

The stands form of HDD is Hard  disk drive. A data storage device that can store large amounts of data and provides us with that data when needed. All data on the hard disk is stored on an electromagnetic form of a charged surface.

Whatever data is recorded in Hard Disk, it remains intact even after shutting down our computer. Today’s computers can store data ranging from billions to trillions.

Data is stored on hard drives in binary code, using 0s and 1s. The information extends over the disk’s magnetic layer and is read or written by the read heads that float above the surface due to the air layer created by the ultra-fast rotation of the disk.

Before understanding the problem of hard disk, let us understand why this problem occurs.

Here we have best methods for solving the hard disk problem. lets explore it.

Now here the solutions you can apply it and solve your problems.

Corrupted files is one of the most major factor of hard disk problem because corrupted files is stored in the HDD and hard drive not working due to corrupted files. There are many reasons why files get corrupted, some of them are the main reasons such as the operating system not working properly, the electricity issue is also responsive, run unwanted software programs. Now understand the solution of all these, shut down your system carefully, uninstall the software you do not use, use antivirus.

If you are use system files checker then it is very useful for your hard disk because windows provides some very good tools to solve this type of problem, using which you can solve your problems, so let’s understand about these tools.

This is a simple procedure by which you can replace corrupt files with backup copy of some files in your system.

I told you that virus is also one of the main reason for hard disk malfunction, so to solve this problem you should use a good antivirus or antimalware. Let’s understand about antivirus software. Antivirus is a program or software that works by scanning your computer and hiding or repairing all Virus or Malware programs in it and prevents critical data of the computer from being corrupted. So in my opinion you should use best antivirus for your system and fix the hard disk problem.

We also know that overheating is also the main reason for hard disk not working because if your system overheats then it is also very bad for your system components like motherboard, RAM, CPU and hard disk. Your system components that produce heat at work, of which the CPU and GPU are the most heat-generating components, the higher the work load, the more heat is produced and if it is cooled, for If no solution is extracted, it can damage the PC even more. Component damage.

You have to understand what is causing the system to overheat and it will have to be resolved. I would advise you to keep your system cool, check that the processor is overheating, do not overclocking.

Now talk next methods for solving the hard disk problem.

This issue occurs when there are too many bad sectors in your system hard disk. Sometimes the spindle motor stops rotating due to which the sound starts coming from the system and we think that the system is bad but it does not happen this hard, It Comes from the hard disk.

This problem is not so big, but it can be huge if you will not pay attention to it, which is why the user should use the software with system efficiency and from time to time the hardware components of their system Should also check.

We all know that in most cases there is a problem with the hard disk because the hardware goes bad so friends you need to keep your system very secure.

So this all methods are very useful and if you have any issue about this problem “hard disk problem” then please comment it, I will make to solve your problem in very easy way.

Can I Resolve My Problem With Google Service Phone Number?

I Forgot My Outlook Email Password, How to Recover?